Does A Mindset For Success Include the Work Ethic?

“And where I excel is ridiculous, sickening, work ethic. You know, while the other guy’s sleeping? I’m working.” Will Smith

People used to believe that they could work for forty years and then enjoy a great retirement in their “golden years”. There was some truth to this over fifty years ago, but today retirements aren’t what they used to be. Saving for your own retirement via the stock market proved devastating for most and retirement packages, along with other benefits, seem to be shirking in our challenged economy.

“Unfortunately, I think a lot of people are affected more by the idea of fame than the actual work ethic involved. A lot of them just want to be reality TV-type people who don’t do anything.” Katy Perry 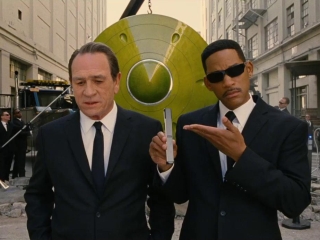 Are you under the assumption that being a movie star is all glitz, glamour- fame and fortune? Isn’t it common for people to think that people who have money and such notoriety have it made? There is a common adoration of being in the spotlight or having fame that says that rich and famous people have house-keepers, drivers, assistants and they hardly do anything at all because they have the money to pay for it all… “-money for nothing, chicks for free…” Sting lyric.

However, when you look at the quotes on a work ethic from celebrities, such as

“I developed a really strong work ethic, and I don’t take anything for granted.” – Sarah Jessica Parker

then you start to gain insight into what a true mindset for success looks like.

A Mindset of More Than Working Hard

“It is our choices, that show what we truly are, far more than our abilities.” – J.K Rowling (Billionaire Author)

Yes, people with money have more choices, more options in life. However, this isn’t because they were born with a silver spoon in their mouths – J K Rowling was said to have been dirt poor and conjured up her Harry Potter books to console herself. She spent so much time on her book that she then turned them into great successes.

“I used to walk down the street like I was a super star… I want people to walk around delusional about how great they can be – and then to fight so hard for it every day that the lie becomes the truth.” – Lady Gaga

A truly successful mindset in one in which a person takes responsibility for their own lives into their own hands. They pay it forward with themselves and with life, in Lady Gaga’s case acting as if she were a super star. For almost all, success is something they make happen, not something that happens to them.

Read on to Part 2 in which we’ll talk about the mindset for success, including how a successful person sees the ownership of their lives, which includes getting help and working with others.

You may also enjoy these articles